The Bangladesh Army is the land warfare branch and the largest component of the Bangladesh Armed Forces. The primary mission of the Army is to provide the necessary forces and capabilities to deliver the Bangladeshi government's security and defense strategies and to defend the nation's territorial integrity against external attack. Control of personnel and operations is administered by the Army Headquarters, Dhaka. The Bangladesh Army is also constitutionally obligated to assist the government and its civilian agencies during times of domestic national emergency. This additional role is commonly referred to as an aid to civil administration.

The martial tradition of Bengal has its roots in the army of Kings and their chiefs who were called Senapati or Mahasenapati. Armies were composed of infantry, cavalry, war elephants, and war boats. The arrival of Muslims and the establishment of the Bengal Sultanate further strengthened the military. The sultanate had well-organized disciplined armies. During Mughal rule cannons and artillery were introduced to Bengal. During the Colonial Rule of the British, Bengal was principally a bulwark of British power and trade in the South Asian region. The British under Robert Clive defeated a 50,000-strong Bengal Army of Nawab Siraj-ud-daullah in the Palashi(Plassey) in 1757 and later the forces of Nawab Mir Qasim at the Battle of Buxar in 1764. The Army of Bengal was formed and became part of a united Indian Army from 1895 to 1947. The eastern part of British India was a prominent place for military and police recruitment, with entire horse-mounted cavalry and lancer units being recruited there before the Bengal Sepoy Mutiny of 1857. Post-mutiny, units with the epithet Bengal in their name, such as Bengal Sappers and Bengal Cavalry, were largely recruited from non-Bengali peoples from Bihar, Varanasi, and Uttar Pradesh which were technically still part of the Bengal Presidency at that time. During the First World War, the Bangali Paltan was formed to recruit soldiers from Bengal. In 1916, the British Government created the Bengali Double Company. The soldiers were trained in Karachi and shipped to Bagdad. They fought in the war and after the war helped crush a rebellion by Kurds in 1919.

During the Second World War, British Armed Forces Eastern Command created an auxiliary force who were part engineers and part infantry named Indian Pioneer Corps. Most of the soldiers were recruited from both West and East Bengal. This force assisted the main war effort by building roads, airfields, and fortifications and, when needed, fought the Japanese in an infantry role. This force was organized in company groups attached to various regiments of the Indian Army in a direct support role. Captain Abdul Gani was a Company Commander on the Burma front and led his troops in battle. After the war these Pioneer Troops were concentrated in Jalna, India, waiting to be demobilized and returned home. In 1946 Captain Ghani the then Adjutant and Quartermaster of the Indian Pioneer Corps Centre at Jalna envisioned and generated the idea of forming an Infantry regiment out of the Pioneer soldiers from East Bengal who would be returning home demobilized, to the Centre Commander. After receiving permission from the Chief of Staff of the Pakistan Army General Sir Frank Messervy, he organized his men to form the nucleus of an Infantry Regiment, the Bangali Paltan (Platoon).

Pakistan period
At the time of the creation of Pakistan Ghani got the approval of the then newly appointed Commander in Chief to Pakistan Army General Messervey to form the East Bengal Regiment composed solely of youths from East Bengal, which would be East Pakistan. On 17 August 1947 General Messervey while bidding farewell to the Pioneer Corps soldiers from Bombay General endorsed the views of Captain Ghani and said you will prove to the world that Bengali soldiers are equally competent as other nations of the world. With these inspiring words, Captain Ghani moved to Dhaka in September 1947 with two Pioneer Companies and was temporarily located in Pilkhana now the Headquarters of Border Guards Bangladesh. The administration later told him to find a suitable place to accommodate the soldiers. He moved to the north of the Capital and found Kurmitola as the perfect place for a cantonment. Toiling day in and day out the barracks were constructed and jungles cleared, parade ground prepared.

On 15 February 1948, the flag of the First East Bengal Regiment the pioneer of the Bangladesh Army was raised with Captain Ghani on the lead of all the affairs though the first commanding officer was British Lt Col V J E Patterson. After the raising of the first battalion, the second battalion was approved Captain Gani began to recruit the personnel for the regiment. On 7 February 1949, the flag of the Second East Bengal was raised with the newly recruited soldiers and personnel from First East Bengal. Before the Bangladesh Liberation War in 1971, a total of 8 battalions of the East Bengal Regiment were formed. 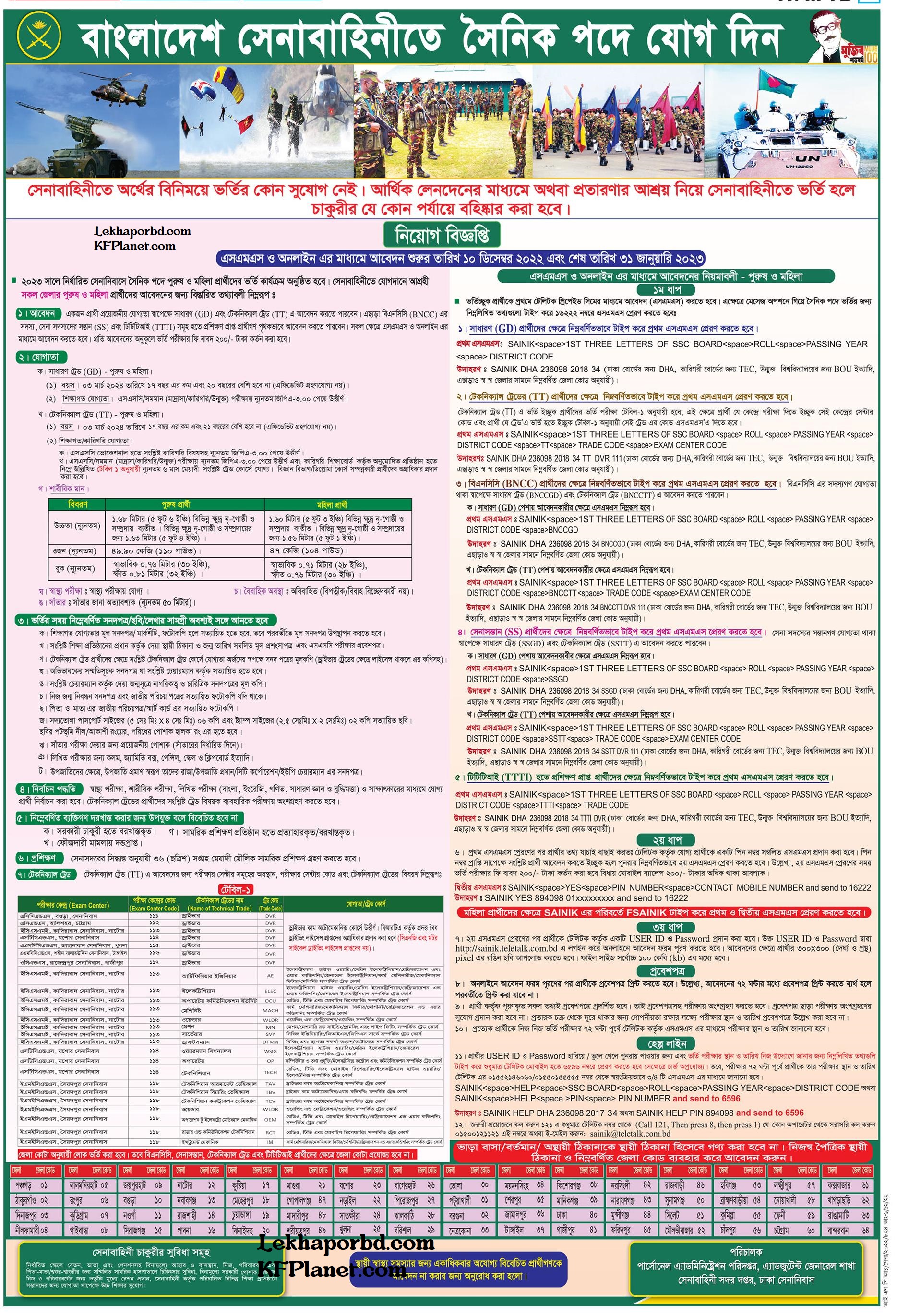 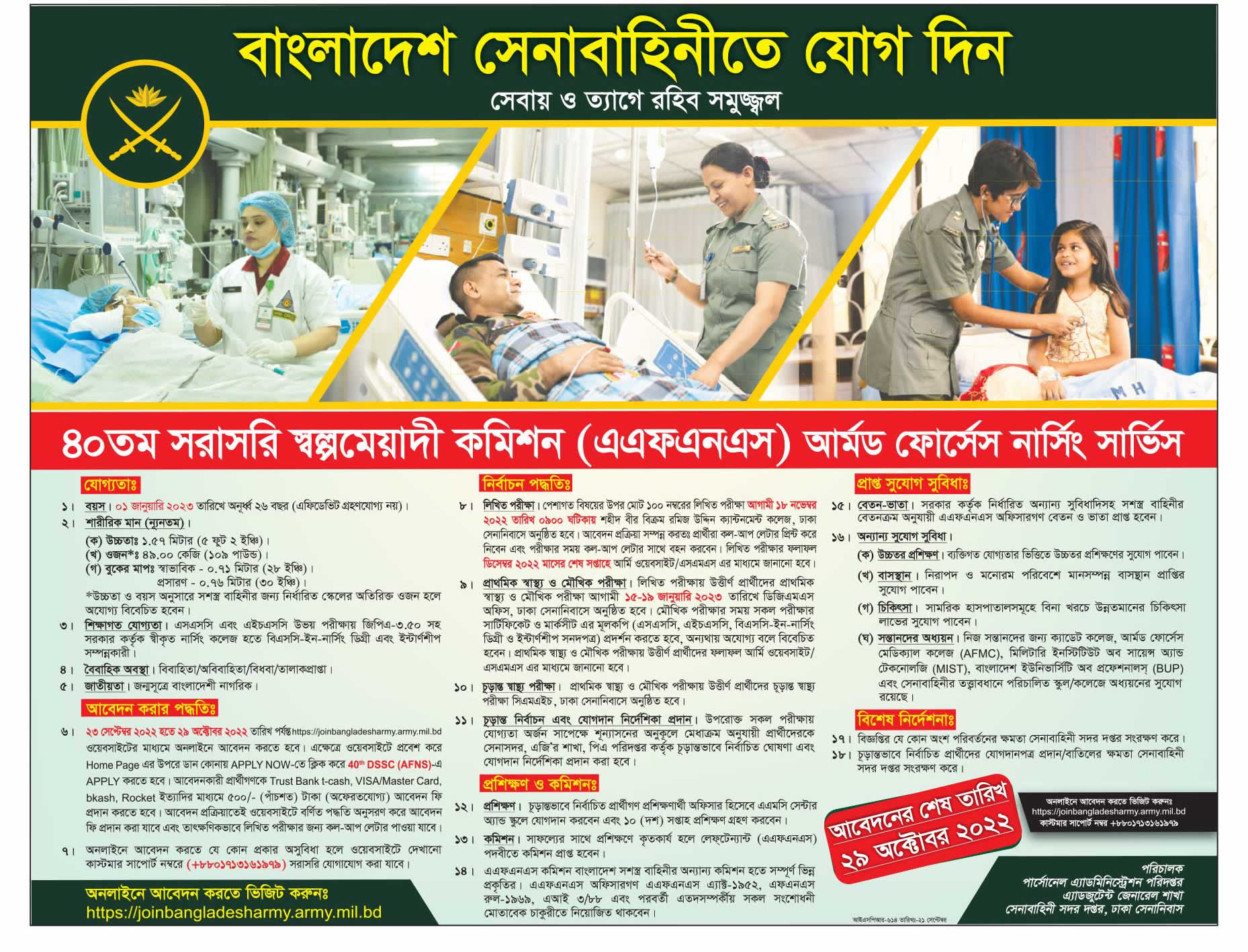 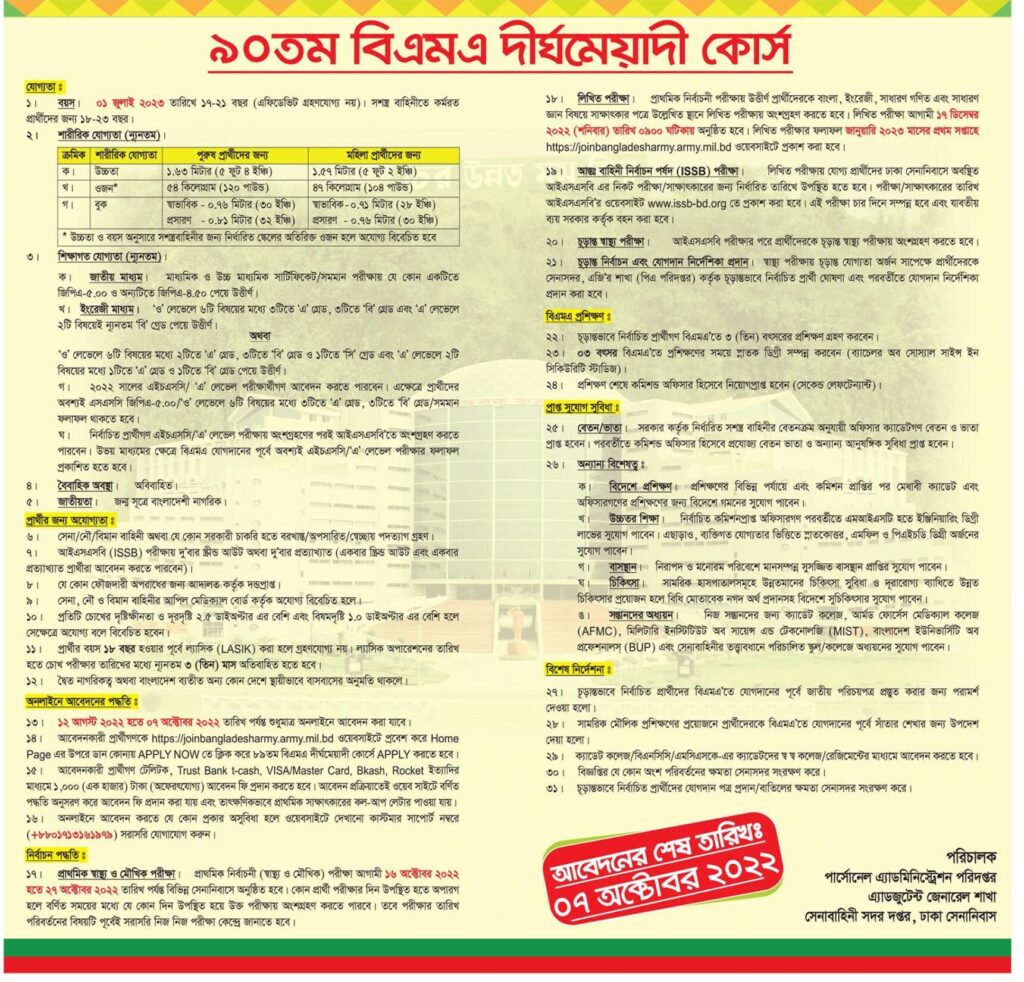 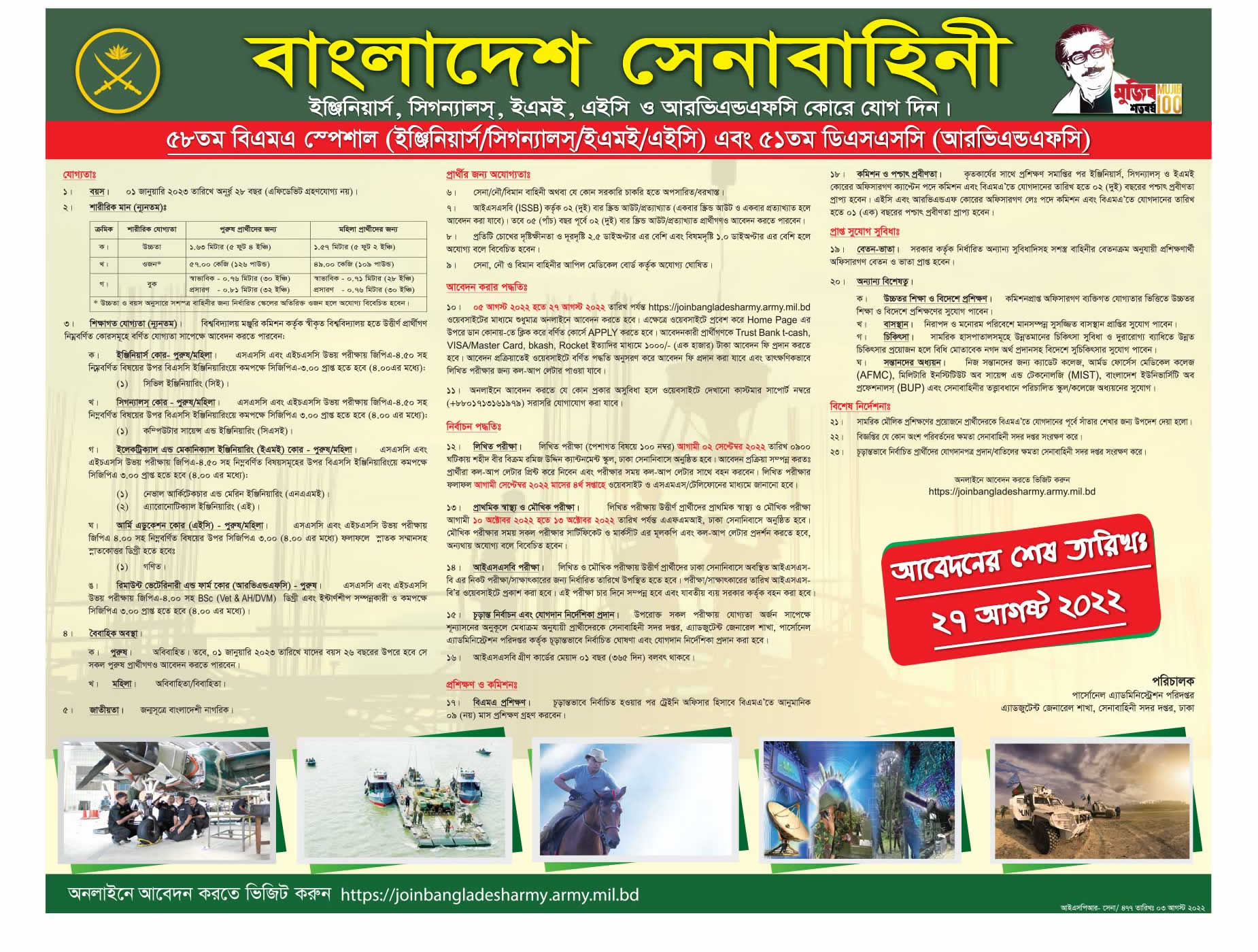 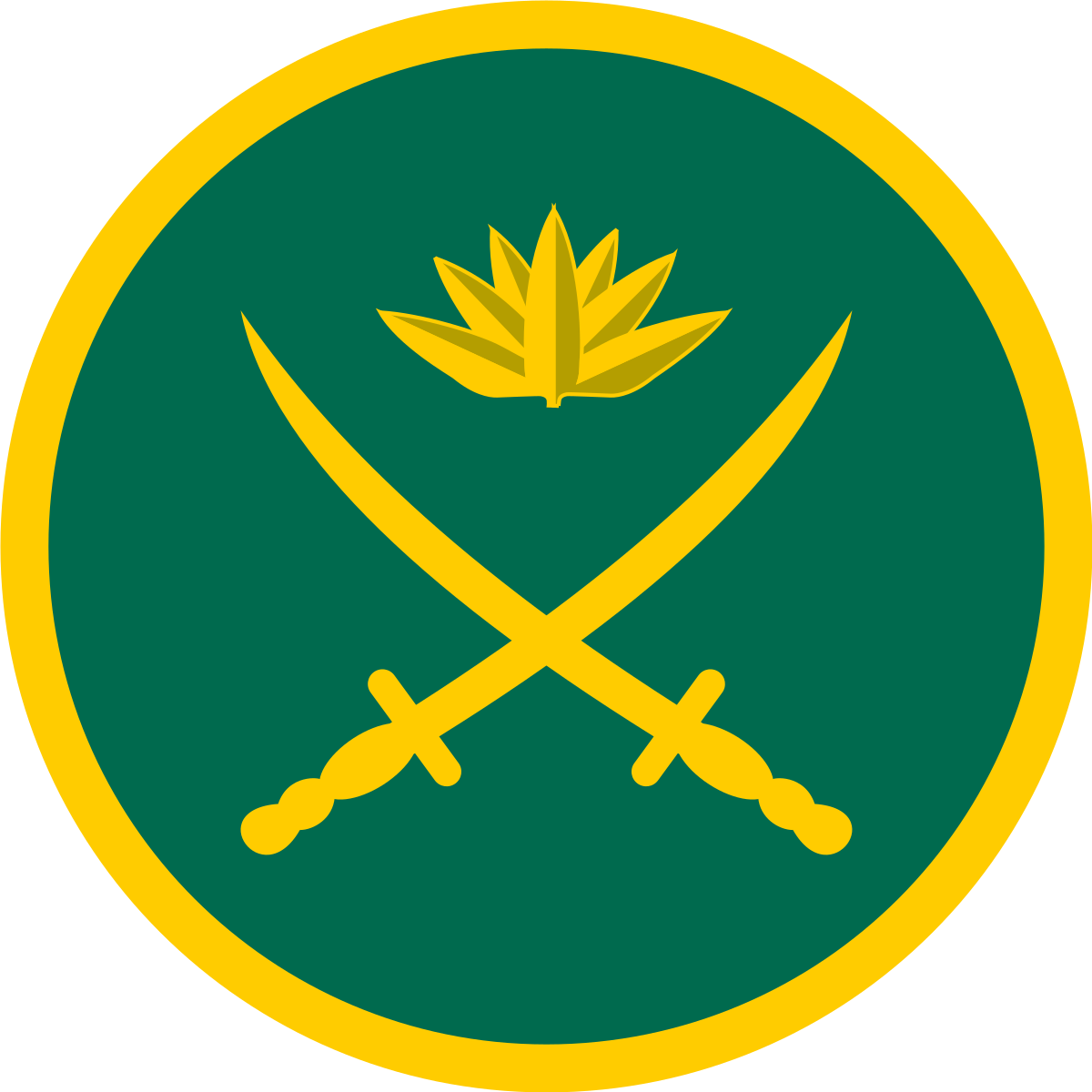 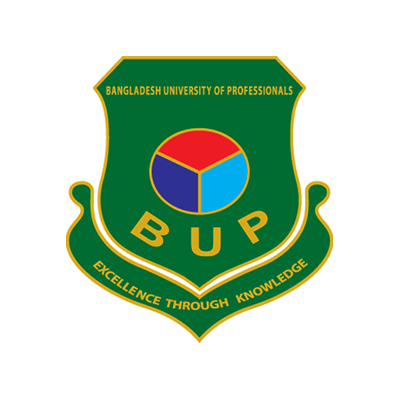