Brahmanbaria, Any Where In Bangladesh Posted 4 months ago Posted on BD Engineering Job, BD Govt. Job

It is a tale of about a century and a quarter ago. The king of Bhawal of Gazipur of the then East Bengal (presently Bangladesh) under British India is known as the first user of electricity in East Bengal. He illuminated his palace with electricity using a generator imported from England in the nineteenth century. This royal and fancy initiative was a big surprise to the people of Bhawal who were far away from modern civilization.

After that in 1901, a generator was installed at the residence of Mr. Ahsanullah, the Nawab of Dhaka. On 7th December 1901 Mr. Bolton, a British, inaugu, inaugurated Ahsan Manzil's electrification by pressing an electric switch. A company named Octavious Still, gradually brought a few elite buildings including the Ahsan Manzil and some important roads of Dhaka under electrification with the financial help of Nawab Ahsanullah. As the company's power generation capacity was limited, the power supply was also confined to only some posh areas.

In 1919, DEVCO a British company introduced a commercial power distribution system within a limited area of Dhaka. Later in 1933, the company built the Dhanmondi Power House with a generation capacity of about 06 MW at Paribag in Dhaka and started to distribute power commercially. Residents of the elite society of the city were the consumers of this electricity. The use of this costly electricity added a new feather to the crown of their aristocracy.

At the time of the partition of the Indo-Pak sub-continent in the year 1947, power generation and distribution of this part of the country were in the hands of some private companies. The power supply to the then 17 provincial districts was within the township in a limited range. The generation voltage was 400 volts. Power used to be supplied to most of the districts during nighttime only. The only exception was Dhaka C, a city where power used to be supplied by two 1500 kW generators and the generation voltage was 660, wh, which was the highest supply voltage. There was no long-distance transmission line. Besides, power used to be generated by some industries (tea, sugar, and textiles) and railway workshops. Dhakeswari Cotton Mills, Pahartali Railway workshop, Saidpur Railway workshop, and Sugar Mills were amongst them. In aggregate the generation capacity of the country was only 21 MW and there was no transmission system.

In 1948, Electricity Directorate was created to plan and improve the power supply situation. In 1957, the government acquired all private powerhouses and transmission lines. In 1959, Water and Power Development Authority (WAPDA) was created and the power sector really started working satisfactorily. In 1960, Electricity Directorate was merged with WAPDA. At that time several power plants were built at Siddhirganj, Chittagong, and Khulna. Among those, Siddhirganj's 10 MW steam turbine power plant was the highest capacity power plant. Three steam turbine units each of 10 MW capacity were installed here successively. At that time, this power plant played an important role to fulfill the demand for electricity in Dhaka. At the same time, the Kaptai dam was under construction by Irrigation Department. In 1962, the Karnaphuli hydropower plant started a generation of electricity from its two units of 40 MW capacity each by using the potential energy of water from the 300-square miles lake artificially created by building a dam in the Karnafuli River. At that time Kaptai was considered to be the largest power plant in the country. Side by side construction of the 273-kilometer long Kaptai-Siddhirganj 132 KV transmission line was completed and both power stations (Siddhirganj and Kaptai) were brought under the same grid. The construction of the Kaptai Dam and the commissioning of the Kaptai-Siddhirganj (Dhaka-Chittagong) 132 KV transmission line in the year 1962 are considered milestones of this country's power development.

In 1972, after the emergence of Bangladesh as an independent country through a bloody War of Liberation, the Bangladesh Power Development Board (BPDB) was created as a statutory body to boost the power sector. BPDB was established on May 1, 1972, by Presidential Order No. 59 bifurcating the erstwhile Bangladesh Water and Power Development Authority. BPDB was formed as an integrated utility with the responsibility of power generation, transmission, and distribution. It started operation with only 500 MW installed capacity. 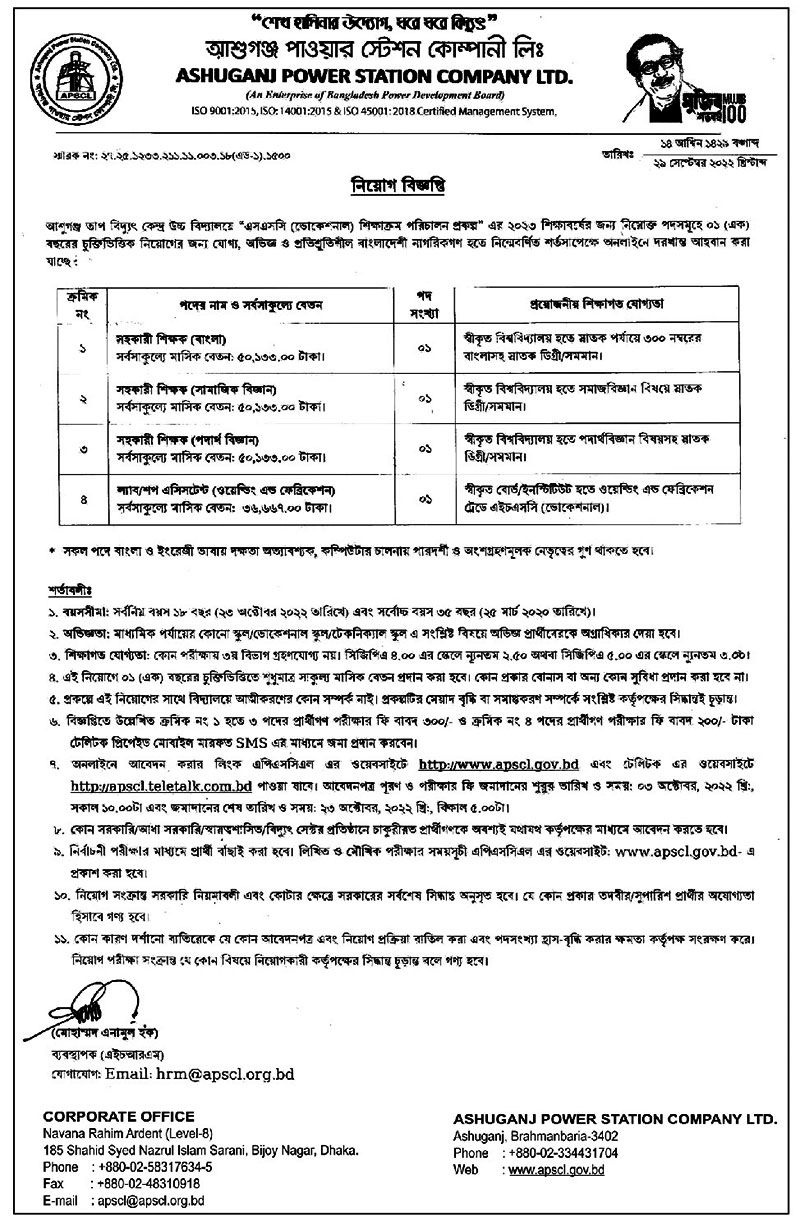 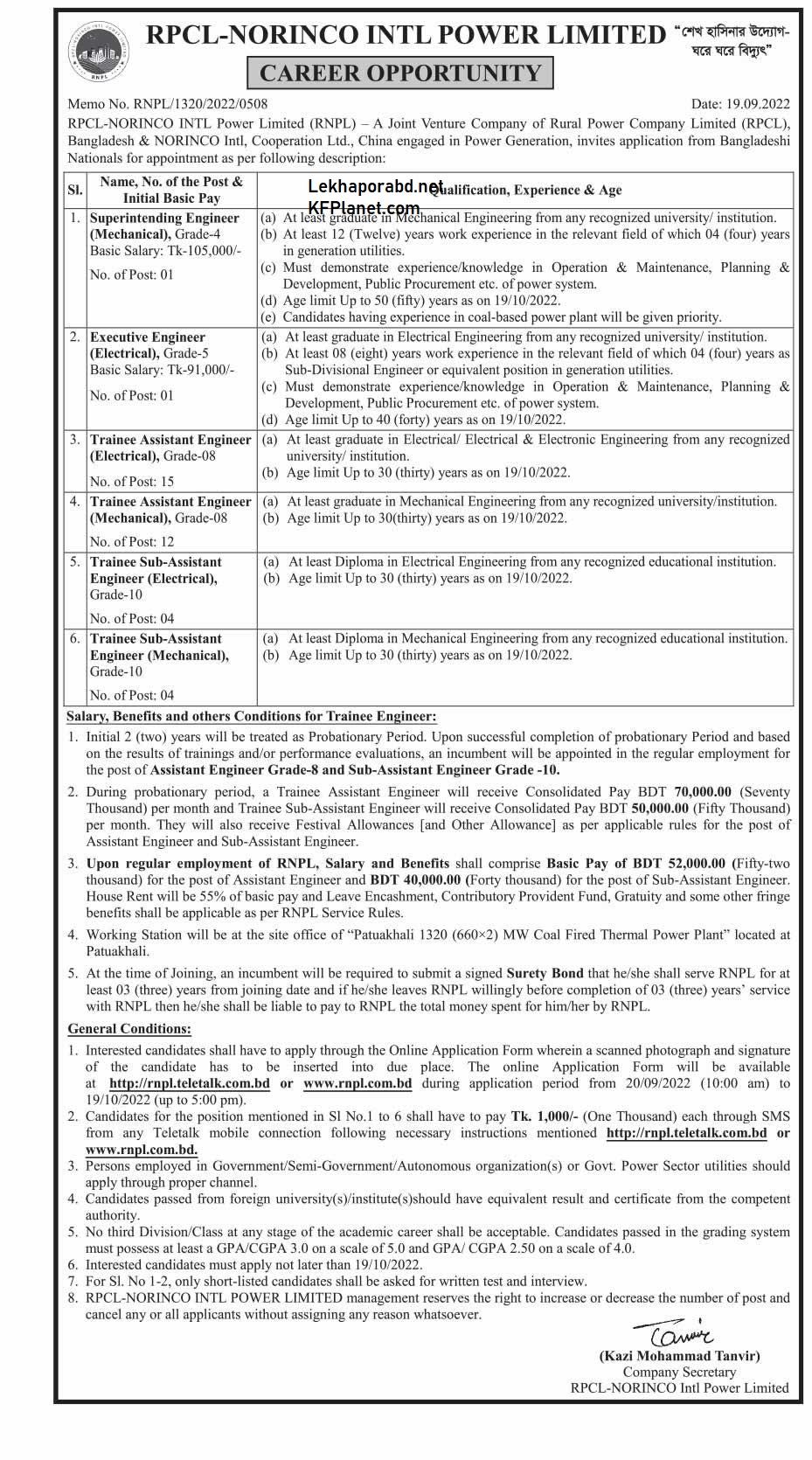 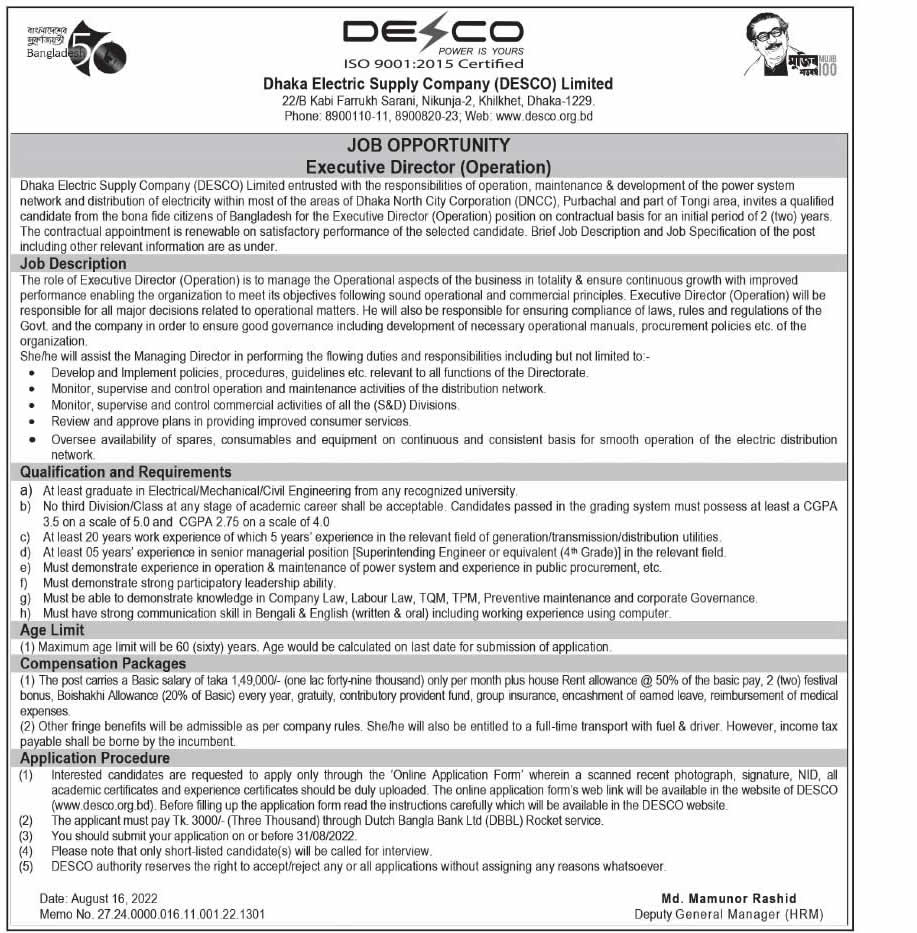